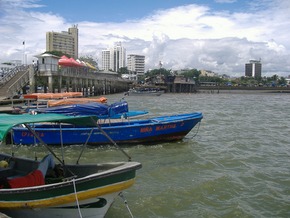 Unlovely and dangerous, Buenaventura is an essential port on the Colombian pacific coast and the gateway for tourist destinations. Buenaventura is a city that invokes only the most negative of reactions when talking to Colombians.

As Colombia’s most important port on the Pacific its status brings with it all of the ills one would associate with a port town, drugs, prostitution, gangs, civil disorder and most worryingly turf wars between the right-wing Paramilitaries and the leftist Guerrillas for control of the lucrative drugs trade in the town. The murder rate here is startlingly high and wikipedia quotes it as being at 24 times that of New York City.

Obviously if you are visiting Buenaventura you have reasonable cause to be here. Heed any advice and warnings offered by locals and use your common sense. From the description above the city might conjure up images of a war zone, but if you stay to the areas around Calle1 and the Muelle Turistico you should not encounter any
trouble.

For the most part, if you have to stay any length of time in Buenaventura then you should head to Calle 1 where there are a number of decent and safe hotels and restaurants in front of the park at reasonable prices. If you have no upwards price limit then the Hotel Estelar Estacion representing all the opulence of another era when Buenaventura rode high from ships passing through during the California gold rush is the place for you. The creation of the Panama Canal hit Buenaventura hard as you would imagine.

All of the following are located on Calle 1.

One reason for passing through Buenaventura is to get to the resort areas of Juanchaco and Ladrilleros. These towns found to the north of the city are pleasant places to visit catering to package tourists and those interested in watching the annual marvel of migrating humpback whales in the months of July to late September through the waters of Bahia Malaga.

From the Muelle Turistico – the central heartbeat of Buenaventura’s tourist scene – you can, aside from catching boats to Juanchaco and Ladrilleros, negotiate rides to the surrounding beaches of Bocana, Pianguita and La Cangreja.

If you are not considering riding a cargo ship north or south from Buenaventura then your options are catching one of the prevalent vans from the Terminal de Transportes that go to Cali (3-4 hours) or flying with Satena to Bogota and beyond. 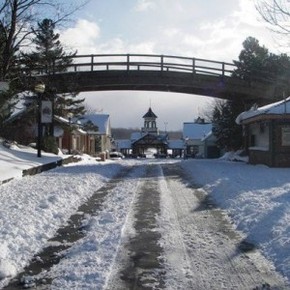 Snow and extreme cold temperatures can cause a lot of damage at amusement parks. This is one of the reasons why most parks are closed during the fall... 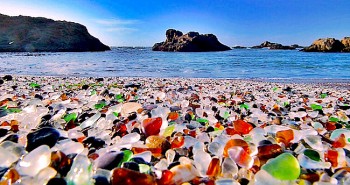 o you think the vast majority of California beaches are simply tourist destinations with nothing extraordinary or interesting to offer? Many of them...