We recently planned a trip to Baltimore, Maryland for an annual anime convention for our daughter and some of her friends.  Our car only seats 5 people, so we were in need of a vehicle that would carry one additional person.  Because gas prices are high and because parking at the hotel in Baltimore was not free, we decided to rent a larger vehicle.

I shopped around to different car rental agencies and found that Budget offered a 7-passenger SUV that was significantly cheaper than a mini van.  Budget also offered the ability to pay for the rental in advance, which was also a benefit.  Therefore, we booked the SUV online and I had them charge my credit card in advance for the full amount of the rental.

When I arrived at the Dover location, there was another couple in front of me renting a vehicle.  I heard the clerk mention insurance, which the other couple declined.  As a Fastbreak member, I had already declined the additional insurance online when I booked the van and my confirmation email indicated that no protection was requested.

The office is extremely small and very cluttered.  The parking lot is difficult to maneuver in as well as it is very small.  The couple before me was adamant that they be given a phone number if there was a problem as the last time they rented from this location, the car broke down and they had difficulty getting someone in the office to provide a replacement.

They went out to get their car and I stepped up to the counter.  The clerk asked for my method of payment and my driver’s license.  She saw that I was using a debit card and stated that they would have to hold an additional $200 deposit.  I told her that was fine.  She began to process the rental and ran into a computer problem that required her to call someone that I assume was technical support.  She finally got the rental agreement to print, pulled it out of the printer, tore my copy off the back and handed it to me.  I did not sign or initial anything at the counter, which I found odd.  She did require me to complete a form that noted any scratches or dents on the vehicle.  I went out, searched for the vehicle on my own, and finally had to ask for assistance.

The vehicle was fairly new and had just a few minor door dings, which I noted.  However, when I started the vehicle, it had a warning light on the dashboard that the oil needed to be changed.  I took the vehicle home and we used it on our trip without incident.

I returned the vehicle on Monday, August 1st as agreed.  I handed the information to the clerk, who was different than the one who was there when I checked the vehicle out.  She mentioned that the balance was $200, and I assumed that was the cost of the rental which had already been billed to my credit card as that was very close to the price it should have been.  I got in my vehicle, which was locked in an unsecure location outside a security fence at the rental office, and went home.

When I arrived home, I pulled out the receipt and realized that they had charged me an additional $200 for insurance that I had not requested.  I immediately emailed the company and informed them that my rental agreement did not have my initials next to the insurance information and that my email confirmation clearly indicated that I requested no protections.

I  received an email from Customer Service who apologized for the confusion, but stated that I had accepted the additional coverage.  However, in the interest of keeping me as a customer they offered to “split” the cost with me and refund half of the charges.  I informed them this was unacceptable and scanned a copy of my rental agreement and the confirmation email stating that I had not requested protections.

I then received a response with an attachment, which was basically a computer print out stating that I had accepted additional coverage.  There was no signature and nothing indicating that I had agreed to this coverage.  In addition, the customer service representative stated that the email I forwarded “either was not the original confirmation email” or that I had “doctored” the email somehow.  Because I did not accept their offer of splitting the difference, they considered the matter closed.

I intend to file a dispute with my bank regarding these charges, but would recommend that no one use Budget Rental Cars.  The Dover, Delaware location does not provide a secure area to park your vehicle nor do they provide good customer service. 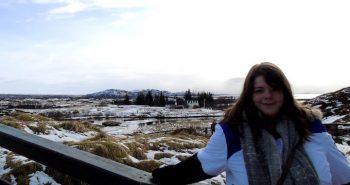 Traveller. Explorer. Nomad. However you decide to label someone who travels the world, it all comes down to one thing: new experiences. At least... 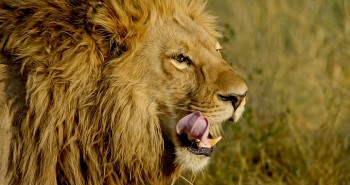 For many, Africa is a jungle where the sounds of the drums send the message and the roar of the lion adds to the eerie danger. The adventure lures...