Button getting ready for the part II

Very early the following morning, our children were their usual bundles of energy with just enough power to light up a third-world village. Our road trip was in its second day and considering what we had already gone through with them, I cringed to think what would happen today.

There was one other couple quietly enjoying their coffee and waffles when we arrived in the hotel’s small breakfast room, but the sight of us holding back our two wild toddlers from running amok sent them scurrying out the door (it’s one way to clear a room).

I asked the young server for two high chairs, but the request seemed to confuse him. “No, we don’t have those, why?” he replied in a slow drawl.

Apparently, he was unaware that high chairs are not only made to keep kids at a relatively same level as you at the table, but they’re the restraints short of straight-jackets that allow parents to have a ”calm” dining experience with their small children, who manage to get food everywhere but in their mouths. 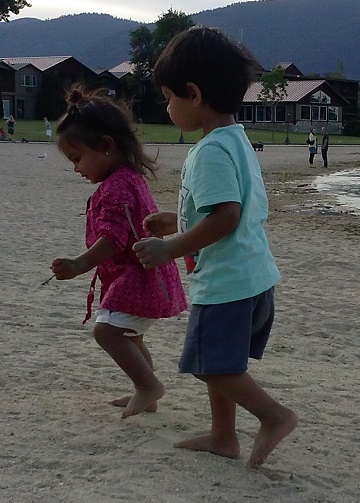 It was a wonder I didn’t verbally project that streaming consciousness at him in the fashion of the little possessed girl in the Exorcist. Rather, I simply smiled and thanked him (I don’t know why) and cursed him under breath (I hope his future wife is nicknamed Fertile-Myrtle for good reason).

Breakfast started off surprisingly smoothly. The kids sat calmly while nibbling on a raspberry danish, and Marc and I savored the calm with cups of coffee and waffles—it was absolute bliss. I thought of asking the server to warm up the syrup, but that would have probably baffled him.

A morning news show, which I’m sure was broadcasting from a neighborhood garage somewhere, caught our attention with a random report about a goat picking lottery numbers. Although interesting in a redneck sort of way, it was a mistake for us to turn our heads away from the table for that brief moment. A fleeting image of Boots dashing across the room with four danishes in his hand quickly put an end to our peaceful breakfast. To make things worse, his giggling and the crumpling of the pastries while running around enticed Button to join in the fun.

Marc and I were up in a flash and chased after them in an exhausting game of cat and mouse, and I was sure that all the commotion was going to send the server over the edge. Although we were able to corner and capture the kids in Wild Kingdom style, they were far from surrendering—they were kicking and screaming as if their very lives depended on it. Despite it all, we held our heads high while carrying our melodramatic kids on the long walk of shame through the lobby and out of the hotel, pretending to ignore the judgmental stares of the other guests and staff.

We strapped the kids into their cars seats in spite of their starring performances on the ”Ranting and Raving Show,” but the appearance of Dora on video was our saving grace. Like magic, they switched to laughing and clapping along with her music. Oh, Dora, how I love thee and hate thee at the same time. 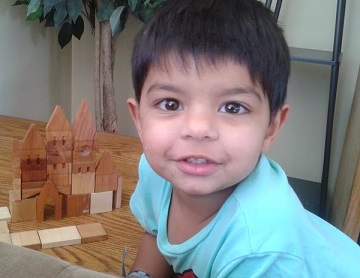 Boots is having some fun

After a while of driving on a long stretch of flat highway between somewhere and nowhere, Marc turned to me and crinkled his nose.

“Why do you look at me when you do that?”

“Don’t you smell something?” he asked.

I inhaled deeply through my nose. “I can’t smell anything.”

Marc took a few more quick sniffs around him with the hope of detecting the origin of the pungent odor. “Wow, it’s getting stronger. What is that?”

I turned around and saw that Boots was watching the Dora video, while Button had drifted off for her daily beauty nap. “Boots, did you poop?” I asked. He gave me a curious stare and answered, “no poop.”

Although he’s quite honest about such natural occurrences, I still had to ask again. “Are you sure Boots?”  “Nooo pooop!”

Strange. It couldn’t be coming from Button, because anyone who knows my little princess knows that she cannot stand to have a dirty diaper—sleeping or not.

I breathed in a few more times, but I couldn’t detect anything. “You have all the air vents pointing at you, Marc. It must be coming from outside.”

He rubbed his eyes with the palm of his hand, and he looked as if he was going to pass out from whatever he could smell. “No, I’m sure it’s in the car.”

To illustrate that I was right, I closed off the air flow through the vents; however, it took just a few seconds to prove that I was actually wrong. It was as if something already gross had decided to take root in our car and become even grosser.

Marc and I immediately rolled down all the car windows and gasped for fresh air, and I seriously thought the smell was going to live in my nose forever. The sudden blasts of wind woke up Button, and soon she and Boots were giggling from the gusty ride.

After Marc choked on a sizable bug you’d see a C-list celebrity scarf down in a contest on a jungle camp reality show, we decided to roll up the windows but at what a price—the smell was even stronger than before. Our eyes were burning, and Button started her I-poopy-cry.

The next exit was in 10 miles, which was an eternity in the car with such a foul stench. I tried to reassure Button that we were going to stop soon, but it did little to console her. There was nothing we could do but to endure the noxiousness.

Finally, like a beacon of perpetual hope, the rest stop appeared on the horizon. We pulled into this oasis-off-the-freeway and found a private place deprived of curious onlookers. Oh, yes, you’d be surprised who’s interested in observing the changing of poopy diapers. 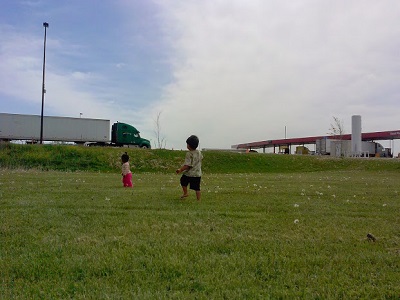 Button & Boots enjoying the rest stop like nothing happened.

Once we stopped the car, Marc and I stepped outside and took a moment for some deep breaths of clean air and a few good stretches. The kids were screaming to be released from their chains, but for now they just had to wait. We came up with a game plan, and then gathered the necessary equipment. Some may think we overplan, but we know our precious little pair and are all too familiar with their bowel habits. Believe me, there’s no such thing as being overprepared in situations like these.

My husband decided to be the warrior and take Button and her smelly indifference on, while I took Boots and played first assistant (it’s the nurse in me). Upon removing Button from her car seat, we were immediately hit with the task at hand. The poop was everywhere—all over her body, her car seat, and it had flowed like a little waterfall onto the floor boards. This was by far the largest poop I had ever seen come out of such a small person. What was in that raspberry danish?

My husband is a rock in these circumstances, he just goes to work and gets the job done in the most efficient and swiftest way possible. In one word: hot!

Before I knew it, Button was running around as if nothing had happened. It took half a container of baby wipes to clean up the inside of car, and to our surprise it looked and smelled alright when we were done. We chased the kids around a small patch of grass in hopes of wearing them out, but we ended up being the ones who we were actually pooped out (pun intended). The trashcan, in which we had tossed everything, was starting to attract a swarm of flies; so, we decided to high tail it out of the rest stop before anyone started to point fingers at us.

When we settled in the car, Marc and I smiled at each other in triumph. We acquired a few scrapes and scratches from the battles with the kids since we had begun our road trip, but our heads were still above water. Boots and Button were sitting calmly and happily watching Dora (really, again?) and drinking from their bottles. All seemed to be right in the world—for the time being. 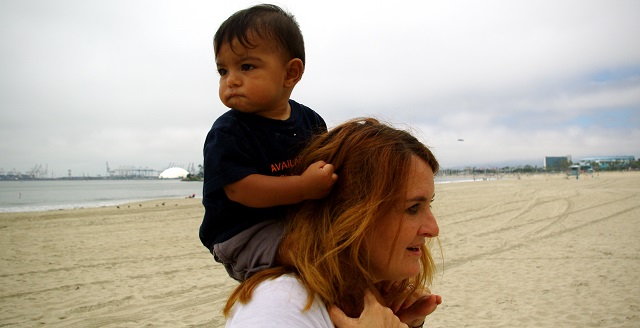 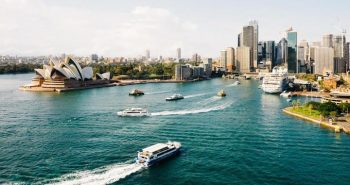 Best Places to Visit around Sydney

Sydney isn’t an unfamiliar place. Almost everyone in the world knows about it, and its charm is undeniable. This Aussie city is one of the most... 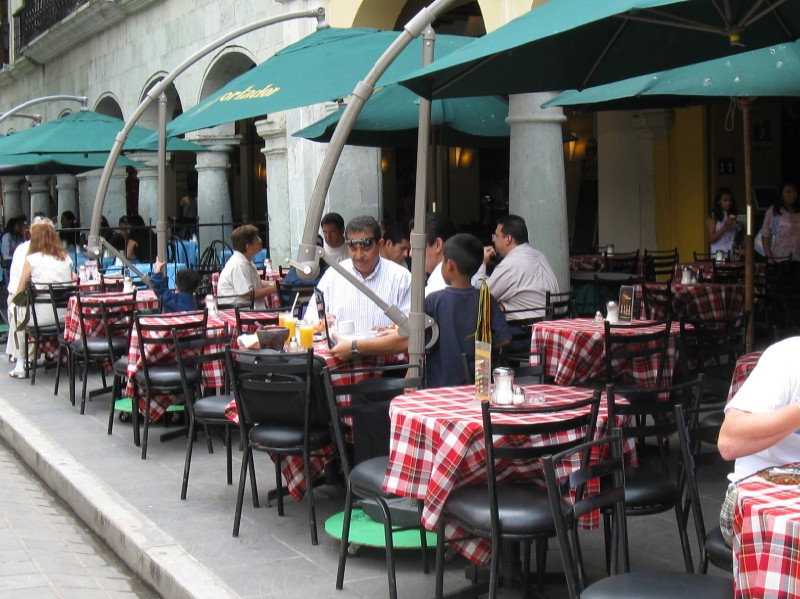 6 Things to Pack Before Boarding the Plane

by Yan Hong Ng, Flights allow passengers to bring carry-on luggage on board for convenience. Here are a few essential items to have on you before... 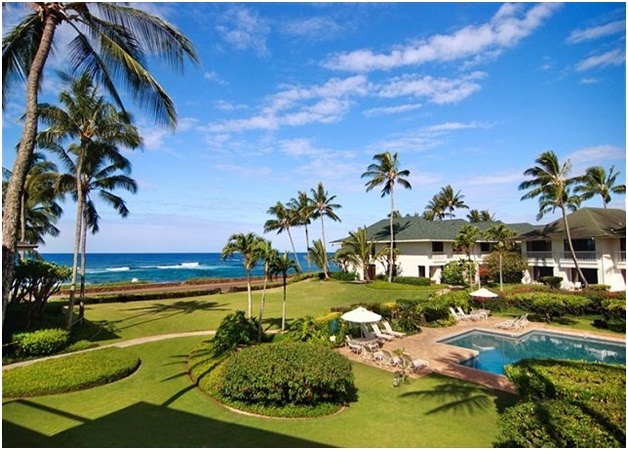