Best Things To Do In Broome 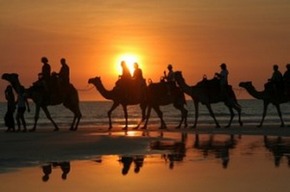 Based on a 1990 musical production of the same name, the movie had as one of its many interesting ‘characters’, the town in which it was filmed – Broome. While the feature film didn’t seem to make a lasting impression on movie goers, it did draw attention to the Western Australian town itself.

Not that Broome has ever needed much marketing. Its tiny permanent population triples during the tourist season and the place is one of the fastest growing towns in Australia.

This remote spot has a fascinating pearling and war history (it was the site of four Japanese air raids during the Second World War). Add to that mix exquisitely memorable beaches, a culturally diverse mix and an electric atmosphere – and you’ve got yourself a mighty fine place to visit.

However, be warned. It’s best to arrive during the Dry season (from April to November) to avoid the storms and unbearable humidity of the Wet season (December to March), not to mention the jellyfish.

Pearling capital of the world

Broome was once regarded as the pearling capital of the world, with reason. The industry took off during the 1880s when Japanese entrepreneurs started harvesting oysters for mother of pearl. The Aboriginal, Chinese, Japanese and Malay divers braved diving without the sophisticated deep-sea equipment we have today. Many perished or were killed by sharks. Today, cultured pearl farms have replaced the open-sea diving ventures. For a fantastic insight into the town’s pearling past, attend the annual Shinju Matsuri festival celebration, join a guided tour on a pearl ‘lugger’ (boat) or visit a modern pearl farm. From the Dampier Terrace jetty, you can also see several fully restored and heritage-listed original pearling luggers.

Pristine nature at its best

Blessed with a bounty of natural wonders, Broome is the perfect holiday destination. Take a sunset walk – or camel ride – along the spectacular Cable Beach about 7 kilometers from town. Famous for its expanse of beautiful white sand and warm turquoise waters of the Indian Ocean, Cable Beach is also home to a nudist beach and Minyirr Park, an Aboriginal coastal reserve with wonderful trails. On the other side of the peninsula, lies the equally seductive Roebuck Bay, which attracts millions of migratory birds from northern Asia. The bay is home to the tranquil Town Beach, where you can witness the mystical ‘Staircase to the Moon’, a natural phenomenon which occurs several times a month.For one of Broome’s most magical nature experiences, marvel at the 130 million year old dinosaur footprints at Gantheaume Point. Seen only at low tides, this is an expedition that requires careful navigation of slippery and sometimes steep rocks.

Step back in time with a heritage walk

Broome’s vibrant and colorful past can be soaked up on a well-planned stroll through the town. First up, explore the bustling Chinatown area which lays claim to Sun Pictures, named in 2004 by Guinness World Records as the oldest open air cinema in operation. Imagine the area’s once thriving ‘billiard saloons, entertainment houses and Chinese eateries’, which sprung up to cater to the pearling industry. There are a number of plaques and sites which also point to Broome’s incredible history: the Japanese Air Raids Commemorative Plaque, the Cultured Pearl and Hard Hat Diver Monument and the Broome Courthouse. Finish your walking tour at the Broome at the interesting Historical Society Museum. 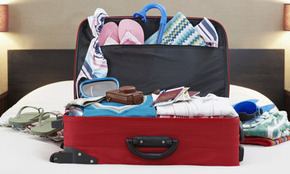 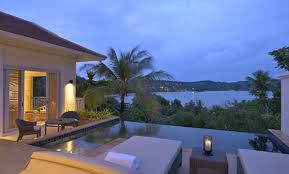 Solomon Islands for the Unforgettable...

Many people worldwide just cherish nothing more than staying at their homes with beloved family members and friends during the Christmas season... 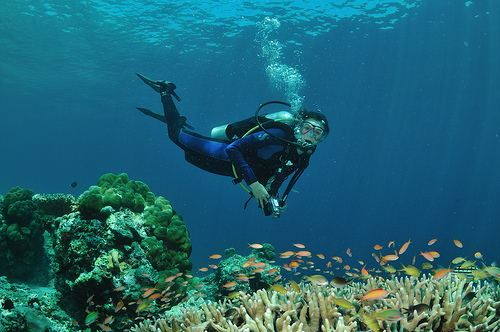 By Josie Sampson, Right now, there’s never been a better time to visit Tokyo. The city’s proud announcement as the 2020 Olympic hosts has...