A Taste of History, Wine and Mustard 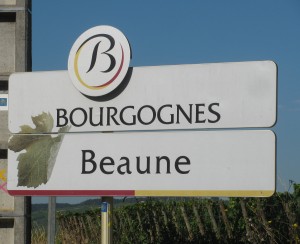 One of the signs on the vineyards drive

Beaune is a beautiful, small, medieval city right at the heart of the famous Burgundy wine region in France (Bourgogne in French). This makes it a good base for trips to other towns and places along Burgundy’s wine routes. The partially-walled, historic center, full of beautifully preserved old buildings, is easily walkable, but streets are narrow and many are one-way, so it’s best not to try and drive in the old city. There is a ring road around the edge of the old city, so we found a hotel on one of the big roads off the ring road, parked there, and just walked each day into the old city. That way, too, it was really easy to drive out to other wine villages, such as Nuits St Georges, to vineyards, and to famous wine chateaux, such as Pommard and Mersault. Two important abbeys are also within reasonable driving distance: Citeaux, and Cluny. We rented a car from EuropCar, on Faubourg Bretonnière a few blocks out from the ring road.

How to get to Beaune? We caught a train from Paris that went via Dijon, so you can also stop and visit that lovely city. We did that at the end of our Beaune stay and found it very convenient, as there is a TGV train from Dijon directly into Charles de Gaulle Airport. 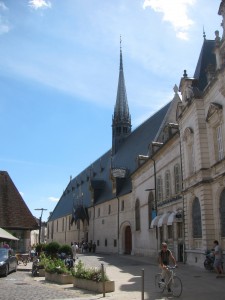 Start at the excellent Tourist Office, at 1 rue de l’Hotel Dieu, in a building incorporating one of the old city gates, also housing the Musee des Beaux Arts (Museum of Fine Arts). The staff are very friendly and helpful, giving out good pamphlets and maps, including one of the wine routes of the Burgundy area. Check out beaune-tourisme.fr

Besides just wandering and enjoying the narrow cobbled streets, the most famous attraction in Beaune is the Hotel-Dieu Hospices de Beaune (often just referred to as Hospices de Beane, or Hotel Dieu), a magnificent building with a multi-colored tile roof. Founded in 1443 by Nicolas Rolin, Chancellor of the Duke of Burgundy Philippe le Bon, and his wife, Guigone de Salins, as a charity hospital run by nuns, it only closed its doors to the sick and elderly in 1971. That’s more than 500 years! They also owned a vineyard that helped finance the hospital, a vineyard still profitable today. The building is now a museum and part of the international wine trade, with its famous annual wine auction to raise money for maintaining and upgrading the new charity hospital nearby. 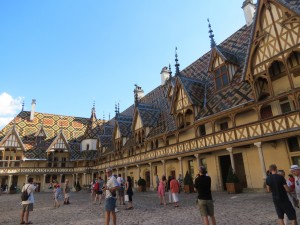 The spectacular courtyard of the Hospices de Beaune

The self-guided audio tour starts in the spectacular courtyard, a perfect example of 15th-century Flemish-Burgundy architecture.  Marvel at its wooden-panelled gallery, its turrets and bright roofs. The highlight is the Great Hall, off the courtyard, with its high painted ceilings and the red-curtained booths along both sides, where the sick had their beds. There are other wonderful preserved rooms, the pharmacy, the nuns’ quarters, and the kitchens. Don’t miss the magnificent Polyptych of the Last Judgement (altarpiece) by Rogier van der Weyden, now displayed in a separate room with other amazing art works.

Not far from Hotel Dieu is the Church of Notre-Dame. One of the last of the churches built in the Burgundian Romanesque style, it’s famous for its 15th-century tapestries illustrating the life of the Virgin Mary.

Also worth a visit is the Musée du Vin de Bourgogne (Burgundy Wine Museum). Originally the private residence of the dukes of Burgundy, the museum displays giant winepresses and traditional tools once used in the business of winemaking, and tells the story of winemaking from the Romans to today. Note the collection of old wine bottles, and of tasting glasses, and how the shape changed over time, plus a fun exhibition of old wine labels. You can buy a combined ticket for Hotel Dieu, the wine museum, and Musee des Beaux Arts.

This whole area is probably the most famous wine region in France (maybe the world?), but it’s also well-known for mustard. Most people have heard of Dijon Mustard, but mustard is also a feature in Beaune. So, plan a visit to the Fallot Mustard Mill , at 31 Faubourg Bretonnière , just off the ring road. The Fallot family has been making mustard since 1840. You can see the traditional processes involved, from grinding the seeds with stone wheels, through to the finished product, which you can taste. You’ll be amazed at all the different types of mustard. The beautifully-packaged products make great gifts. 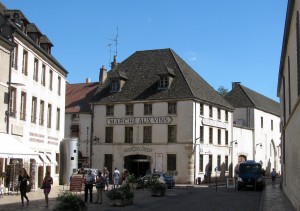 Marche aux Vins, one of the many wine sellers in Beaune

Because you’re in the heart of the Burgundy region, this is the place for visiting the various caves (wine merchants) that dot the city. There are many and all seem to have great offerings. Another fun event is the Wednesday and Saturday outdoor food market, which crowds the streets in and around Les Halles, the covered market opposite the Hotel-Dieu.

All the streets and squares in the old city have many cafes, bars and bistrots, giving multiple choices of eating places. Try Le Clos Carnot on Place Carnot (the square with the bright carrousel), or Baltard on Place de la Halle, right opposite the Hotel Dieu and covered market (Les Halles). 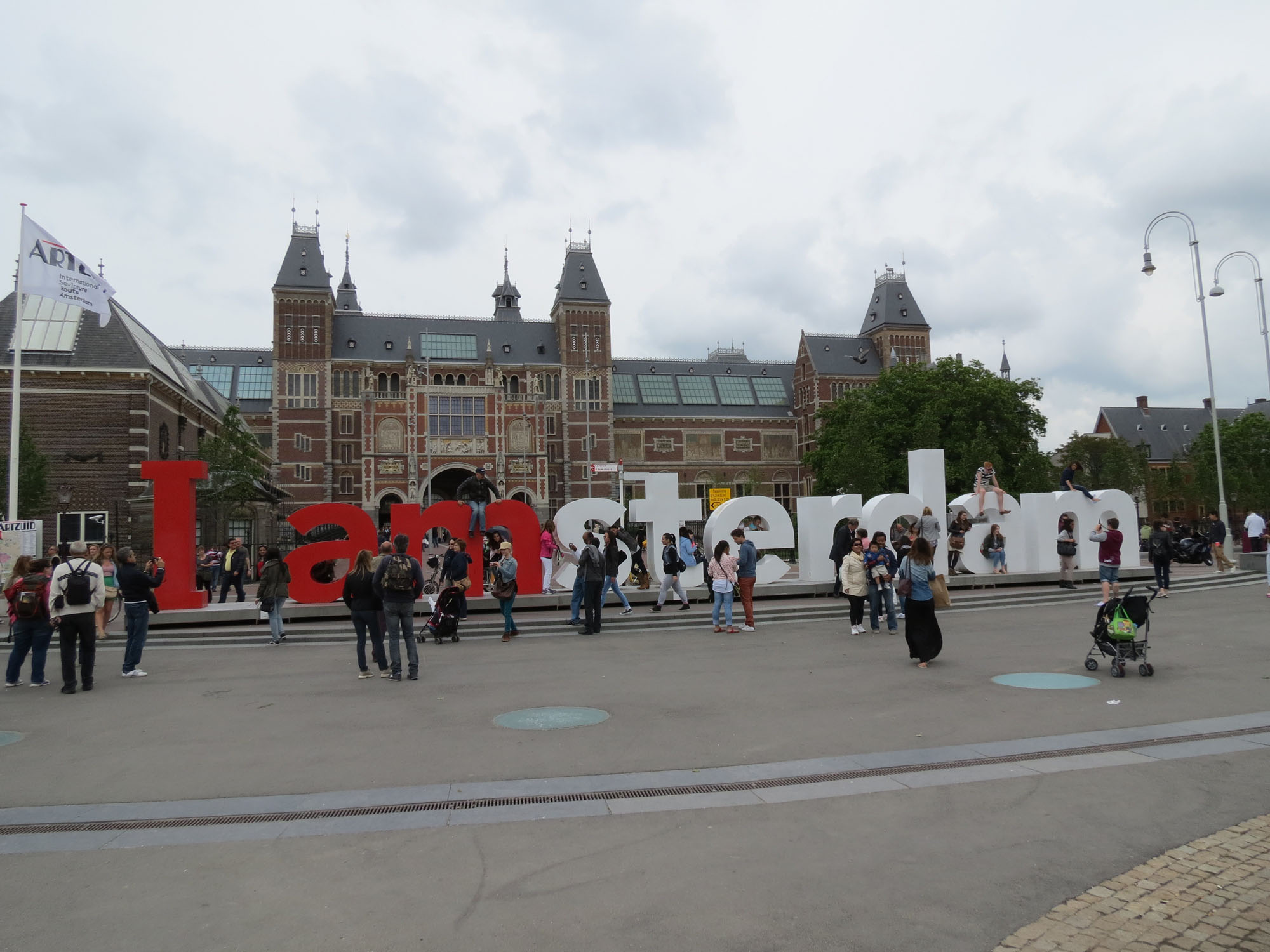 Tempting reasons to visit Amsterdam in 2013 Amsterdam is a great city to visit any time, but this year offers greater inducements to put the city on... 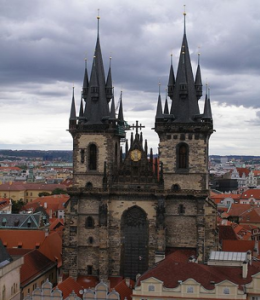