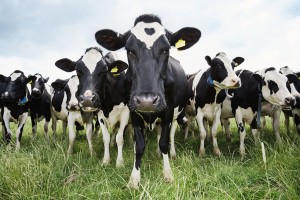 My husband and I were told of a beautiful hike that we must go on. Because we love to go for hikes we didn’t mind the fact that it would take two hours to get there on both trains and buses, but hiking in New Zealand became a sort of passion for us. So we got up extra early that morning and made the long journey to the base of the trail. As soon as we got there we noticed that the air was sort of moist, like it wanted to rain and the ground seemed soft. If anyone has done any hikes in New Zealand in the winter they  know that moist there is actually wet, sticky and cold. Against our better judgement we decided to go on the hike anyway. After all we had just traveled so far to get here.

After studying the big map at the head of the trail we decided to take the shortest of all the trails due to the weather; the map said follow the orange flags and in about five kilometers we should be done. What we quickly learned about New Zealand is that there was rarely a trail because so often they go across private land, so instead they mark the trails with small flags in the ground. The flags are not always consistent and often some are missing. This day was no exception, only to make it worse most of the flags that were on the ground were faded. It made it hard to tell the colors apart, I mean all the colors, even colors like yellow and blue were hard to tell. To make it even more difficult the two main trails … our trail and the “long trail” were red and orange and for a huge portion of the trip the trails crossed back and forth over each other. We had to practically pull the flags from the ground to tell which was orange and which was red.

It was about two hours into our hike when we reached the top of a glorious hill with incredible views. We stopped to eat a little bit and tried to figure out which way we were supposed to go. All we could see ahead of us was a blur of little flags that could be either orange or red, each group headed in a different direction. We did the best we could to pick what we thought looked like the orange flags and headed on our way. In just a few minutes we had to travel through a gate that signaled we were on private land; the land was usually for cattle or sheep but rarely did the animals ever come near you when you walked through the properties.

This time was different. It was a herd of large black cows. Although they looked young they were still large and the herd had to number at least 40. These young cows came running to us as soon as we got on the property and continued to come in large numbers. Pretty soon we found ourselves surrounded by what seemed like hundreds of large black animals. Although I am sure they were not mean, when there are so many you can’t help but wonder if this might be the one herd that is not as sweet as the rest. We quickly looked through our lunch bag and found apples and carrots and began tossing them towards the animals. Slowly the animals began to go for the treats, leaving a small path for us to escape. As quickly as we could we walked away from the herd and headed on looking for the nearest gate. On the way we ran into a deep patch of mud. My shoe became lodged in the mud and as I bent down to try and free my shoe we saw the herd heading our way. I pulled as hard as I could and freed my mud-soaked shoe. We ran through the gate just in time!

As we continued on our way we it not only began to rain lightly on us but we also realized that we had taken the red trail and not the orange trail we had been counting on. With all of our leftover food gone to the cows and a limited amount of water left we continued on our way, not knowing if we would ever make it out alive. Somehow almost four hours later we found our way out, it was almost five pm and getting dark fast. We had hiked nearly ten miles that day. Wet tired and muddy we found our bus and headed home too tired to even stop and eat. When we finally got home we showered and crawled into bed just happy to be alive.

The drive from St. Louis to New York City was a trip from hell. I was moving to Manhattan to take a new job. I was traveling with my two cats in a...