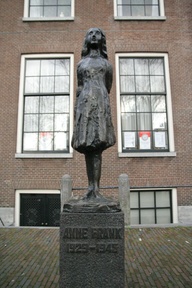 In these troubled times it is even more important that we do all we can to try and promote peace and understanding between peoples.  The Anne Frank House and Foundation in Amsterdam is an important example of a place trying to address these kinds of issues. Visiting the house gives one an insight into how a young girl felt about what was happening to her, and around her, during dark years in World War 2.

By reading Anne Frank’s Diary one is personally confronted with the reality of persecution, and she has become the “face” of the millions of victims of the Holocaust, victims because they were Jewish and different. Today people are still being persecuted and murdered for being different, which makes a visit to the Anne Frank House meaningful. Many people want to see the actual hiding place where she wrote her diary, which has created a paradoxical situation in which hundreds of thousands of people every year want to visit this place, one of Amsterdam’s most hidden and secretive during the war years.

The house, erected in 1635, is narrow with a considerable extension out back, which was enlarged in 1740. It was this design that made feasible the Secret Annex, where eight people hid for two years.

The house opened in 1960 as a small museum, and the front part of the building (the former business premises) was rebuilt as reception and exhibition space. But as more visitors came, more space was needed, so a new building was constructed next door and the old building was restored to the way it was during the hiding period.  The new building opened in 1999.

The Diary was first published in Dutch in 1947, was published in English in USA and England in 1952 as “The Diary of a Young Girl”, and has since been translated into many languages. From 1947 till his death in 1980, Otto Frank, Anne’s father, received and answered thousands of letters from children all over the world.  He hoped that Anne’s book would have an effect on their lives and help them work toward unity and peace. The Diary appeals to people from all cultures and lifestyles and it has elements that are universally recognized by young and old alike.

The Anne Frank Foundation hosts many educational conferences and workshops, which focus on a diversity of topics such as the relationship between Judaism and Christianity, discrimination, prejudice, and war. The spacious exhibition room in the new building is suitable for the contemporary themes the Foundation wants to address, by spreading Anne’s message of peace throughout the world. There are permanent exhibitions on Anne’s life, on war and anti-Semitism, and temporary displays on current issues.

Each of the spaces in the House-Museum is dimly-lit, with many informational boards in English and Dutch, and quotations from the Diary that somehow capture the essence of each space. Each quotation is heartbreaking, as we can imagine Anne speaking.

The warehouse on the first floor in front, the kitchen and the Private Office on the second floor, and the offices of the helpers, all set the scene for the hiding place, as the atmosphere and style of these rooms is gloomy, transporting us back to those dark days in the 1940’s. The third floor has the storeroom in front of the house, and the movable bookcase that hides the doorway up into the Secret Annex, the hiding place at the back.

The actual hiding rooms are now empty but the walls are the originals, with pencil marks showing how the girls (Anne and her sister Margot) grew while in hiding, plus Anne’s walls decorated with postcards, a few photos, and pictures cut out of magazines.

It’s a sobering thought that eight people lived here for two years, cramped, tense from trying to be quiet and wanting to go outside.  Today all the people going through the house and exhibits are silent, or speak only in whispers, as they try to make sense of what they are seeing and experiencing.

The modern building next door is in stark contrast to the cramped dark Annex. Two large display rooms show graphic pictures of conditions in concentration camps and what happened to all the helpers and those in hiding after the arrest on August 4, 1944. Only Otto Frank, the father, returned. One can also see the original diary, and examples of the hundreds of editions in about 60 languages. The awfulness of it all hits one in the face again.  I am not alone in asking…why?

There is also a restaurant, a bookshop, and a large computer room with interactive activities on Anne and the other people involved in the hiding.

The official web site is http://www.annefrank.org/ 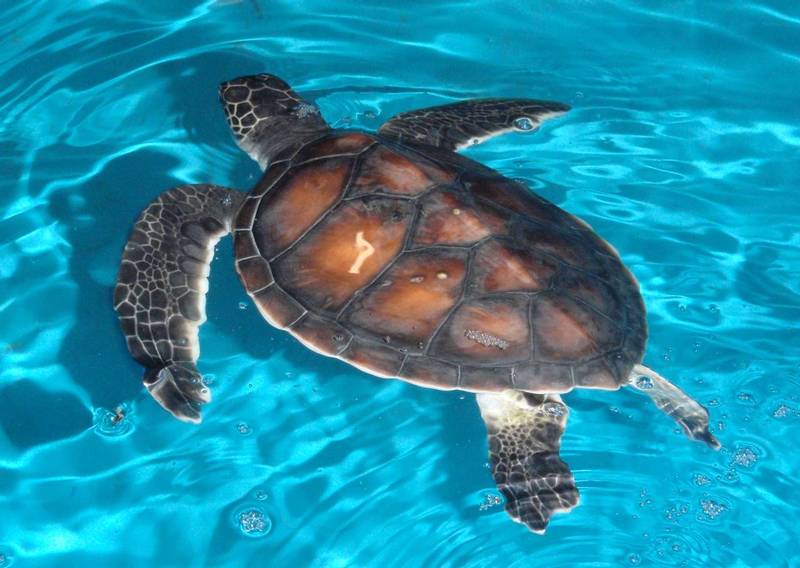 Explore the Ocean at Kelly Tarlton’s...

Kelly Tarlton’s Antarctic Encounter and Underwater World is a must for all travelers in Auckland, New Zealand. Experience life under the sea...