An Irish Driving Adventure – On the Road with a Rental Car 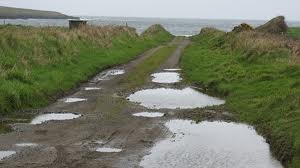 Not only do the Irish drive on the left-hand side of the road but, in addition, the byways are extremely narrow and curvy.Why would four usually sane tourists decide to rent a car and drive on the roads of the Emerald Isle? It seemed like a great idea when we made the decision in the United States, but it led to a series of adventures in Ireland that may seem far-fetched but are all true.

morning hours, our group of four adults headed for the rental car counter. When the agent looked at the two luggage carts packed with our suitcases and belongings for a ten-day tour of the country, he suggested we might want to upgrade from a standard size car to a mini-van. Our carefully prepared gear, which we all thought was compact, did appear quite copious now that it was gathered into one place. So we agreed to upgrade, even though it meant we would have to wait for another car to be prepared for us. About a half-hour later, we brought our luggage to the curb and proceeded to fill every bit of space within the larger vehicle. Little did we know that the wider, roomier car would present such a challenge on the Irish roads.

Driving on the Left-hand Side in Ireland: None of us had ever driven on the left-hand side of the road before so we decided that everyone would remain alert and remind the driver to “keep left”, especially when making turns. Since it was early morning, we encountered little traffic maneuvering toward the little town of Adare, our first stop. We stopped for breakfast and congratulated ourselves on our driving accomplishment. Things were a little different as we left Adare and moved onto roads with more cars, trucks, busses, and bicycles. It took a fair amount of concentration and much encouragement from the passengers to keep left, watch the traffic, pay attention to road signs and signals, and find our way to our destination. Eventually we did arrive at Dromoland Castle where a valet took our car and we could indulge in some well-needed rest.

After our night of luxury, we awoke to rain, which added to the perils of driving on the Irish roads. This was also the day we learned that there were stonewalls under the attractive ivy-coverings along the narrow roadways. A few bumps on the passenger side, a couple of scraped hubcaps, and we limped our way through the back roads of County Kerry to our bed and breakfast stop. Little did we know that our next adventure awaited us as we set out to drive the Ring of Kerry. The verdant greens, the sheep-dotted hills, the farms outlined with rock walls, the views of the sea, all combined to fill our senses with a picture postcard image. The roads, however, were a challenge. Many vehicles traverse this charming landscape, some moving at a faster pace than others. Locals, understandably impatient with the tourists, pass wherever they can which sometimes means into the path of oncoming cars. It was a day of beauty interspersed with harrowing near misses. On roads that we would consider single lane, we encountered oncoming traffic racing toward us. It was necessary to be constantly vigilant. Our tour took us along the southern seacoast, ending in Dublin. Every day kept us enthralled with the country and with the mode of transportation we chose. Fortunately, we kept our sense of humor, those in the back seat prayed a lot or at least kept their eyes closed, and we finished the trip in one piece, with the exception of one car part.

Driving in Ireland is like a game of bumper cars. At one point, we managed to pick off a mirror as we drove past a construction vehicle, but by sheer luck, the mirror caught in the car’s window frame and we pulled into a local hardware store and stuck it back on with duct tape. Then we returned to the scene of the crime and found intact (yes, intact) the back housing of the mirror that had fallen under a tractor wheel but the tractor miraculously
wasn’t moving! Hallelujah! Amazingly it snapped back on, and we were on our way. The repair held for the remainder of the trip. Wild rides over narrow roads, rain, wind, twists, turns, bumping curbs, hedgerows, ivy-covered walls, and stone bridges; all of these and more were part of our Irish driving adventure. We did opt for a GPS in the upgraded car and our “colleen” was a lifesaver, as we didn’t have to concentrate on reading a map and trying to find our way. Even if we did go around a few round-abouts more than once, we always got to our destination. Would we do it again? Yes, indeed. 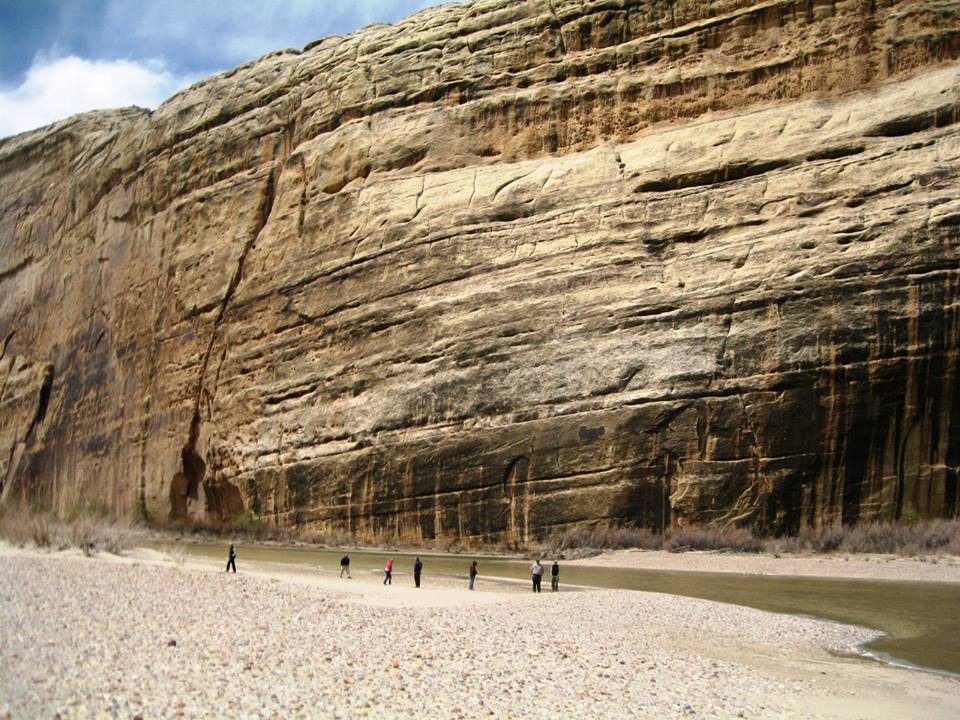 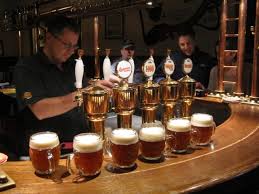