An Hour Inside a Glacial Ice Cave 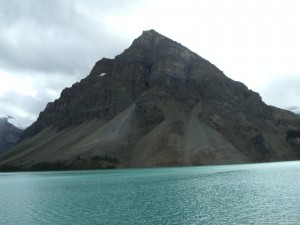 I was excited about leaving the bowels of a university library doing research on John Muir. I was in dire need of the relief of mountain wilderness. Mount Rainier, with its fifty glaciers kissing the sky, seemed to be just the right place. It is one thing to read Muir’s fascinating accounts of crossing rough glaciers with crevasses and streaks of mountain debris, and it is quite another to heed Muir’s call to go out and experience the mountains.

As I hiked up Mount Rainier”s Paradise Glacier (90 miles east of Seattle) with its scores of eery and gurgling ice caves, rocks tore loose from the flanks of the mountain and cracked down sheer cliffs to the wrinkled ice not far from where I stood. I began to sense a living presence in the mountain by spending time on the surface of what John Muir called “God’s ice tool.”

But, once I spotted the entrance to an ice cave carved out by a gushing stream, I thought I might explore inside of a blue-hued ice cave. Before I entered the cave I enjoyed a glacial symphony. Rivulets trickled, gurgled and dripped sounding something like the abstract expressionistic music of Arnold Schoenberg. My mother, sitting on an ox-horn stool at my father’s 1940’s Parnassus Bookshop in Princeton, always used to say that she hated Schoenberg’s music. But had she heard these irregular glacial drippings, who knows what she would have thought? Schoenberg himself was Austrian. Had he been inspired by irregular glacial drippings? Another cascade of falling rocks disrupted by day-dreaming and I quickly entered the cave.

Gingerly, I crawled deep into the hole some ten feet below within the ridged roof of a gian’ts mouth. But from here I could still see shining daylight back at the entrance. Hunching over, I took several hundred steps into a bluish-white ice cave until I could no longer see the sky! Sitting down on an exposed rock fifteen feet or so under the base of Paradise Glacier, all sorts of thoughts flooded througfh my mind. Even though I was as removed from humanity as I possibly could be, in here I felt a very strong sense of community. It was as though the stones in the stream were given eyes, and the icy water itself were given ears, and the lumpy inner layers of ice–a heart. My humanity became its voice, and its mountaineity became my mode of expression. Time sped by quite quickly during my period of ice reflections.

If only for an hour or so inside this ice cave, I began to “think like a mountain,” to use Aldo Leopold’s words. When I finally emerged, Mount Rainier looked brighter than ever as did distant Mount Adams and Mount Saint Helens. By the time I reached my hotel several miles downslope, I began to focus more on exterior humanity.

* This is a modified excerpt from my book Breaking Through the Clouds (Pruett, 2005) 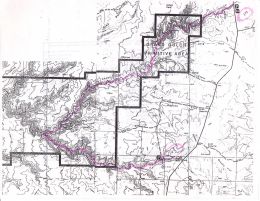 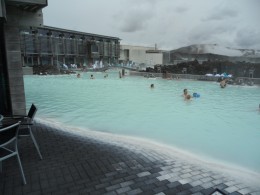 The Blue Lagoon and Beyond We awakened early on our third day in Iceland and soon found ourselves in the breakfast bar of our hotel in Reykjavik... 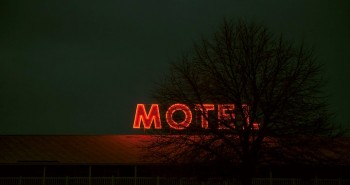 or one particular vacation, I decided to spend some quality time with my two young sons on a trip to the backcountry of Colorado—two weeks of...