“Safari: A journey or trip: a sightseeing safari” We were six: more or less retired, too bored to sit and watch the paint dry. So we decided to see Africa.

From Morocco along the west coast, with a detour into the Sahara, a visit to Timbuktu, and thendown towards the south, we spent almost five months on the road, covered almost 16000 miles,and spent around $ 20 000 per couple. A voyage to remember, memories to cherish.

We shipped our vehicles to Morocco, and were badly advised, so had to spend two weeks knocking around until we could start touring. Fortunately we had a long-suffering friend in Fez who was willing to put us up, and show us this lovely city. Oasis in the Atlas mountains

Once the vehicles were delivered in Casablanca, we spent two weeks touring Morocco, crossing the Atlas mountains three times, and getting tempted by Ali Baba caves of shopping. The thought of  20 border crossings with notorious customs officials, and a severe lack of packing space made us wonder if we should not rather have ended our voyage here.

There are magnificent gorges that run into the Atlas mountains from the south. We followed the nomad invasion route up to the Telouet valley, and down into Marrakesh, where we lounged in the luxury of the imperial city for a while.

And then it was time to head south. 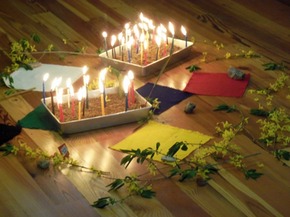 Early Saturday Eileen drove Gloria and me to Mary’s home in rural Delaware. Mary Peter visited friends in DC and then traveled back to New York... 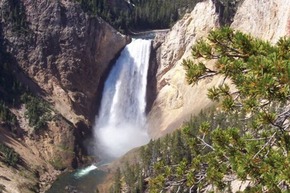 A Strange Switch: a short story set in early...

He held up his rifle and aimed at the poacher who was about to shoot a bull elk. But he still had a difficult time saying what he was ordered to say...

We recently planned a trip to Baltimore, Maryland for an annual anime convention for our daughter and some of her friends.  Our car only seats 5...