There are so many reasons to travel. Of course, the obvious ones are ever present. To experience a new culture, scenery, food, nightlife, and everything else that matters. It’s almost like going to an alternate universe. While some might enjoy visiting, say, tropical beaches and sipping on Mai-Tai’s with purple umbrellas sticking out of them, I prefer my travel destinations with a connection to the old world. 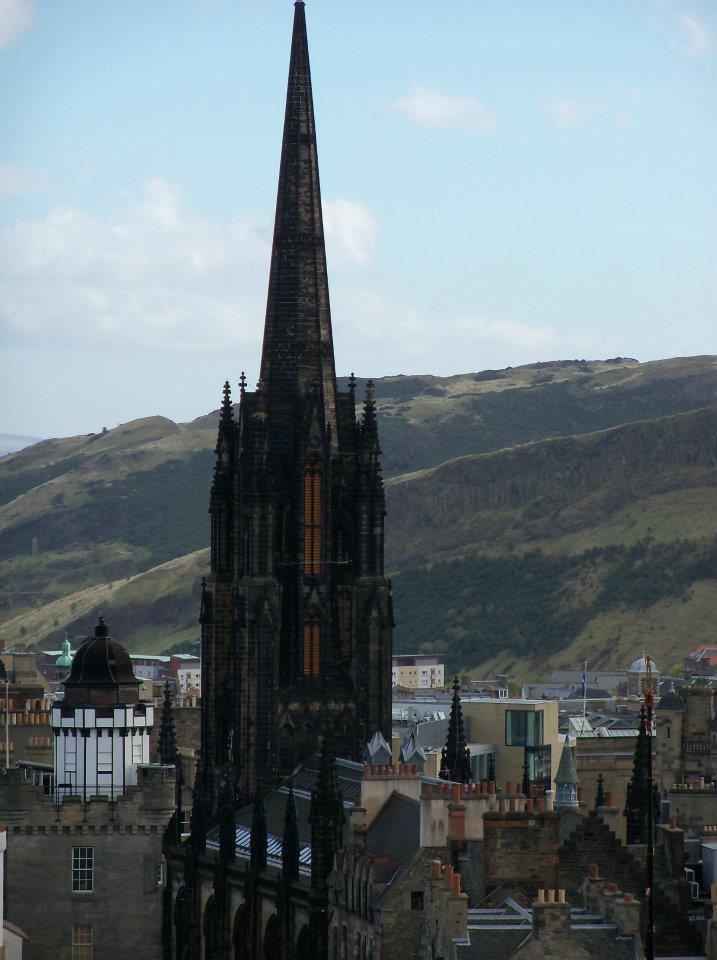 With its cobblestone streets, majestic castles, 18th century manors, eerie cemeteries, and pubs on every corner, the city of Edinburgh always does more than enough to suffice.

My first trip there was in 2003, and I was fortunate enough to book a very nice hotel within walking distance to the most popular attraction: The Royal Mile. It was difficult to take everything in all at once, with so many sights and smells I almost felt like I had ADD. As I walked to the first of many points of interest I would see, I noticed a dark cavern advertised as a historical location just below the Royal Mile. Called ‘The Edinburgh Dungeon’, I was pleasantly surprised to find out that it was a labyrinth of exhibitions and included skits by actors who shed light on Scotland’s macabre history. With the feel of a Halloween haunted house, all of the actors involved truly made visitors feel as if they had come face-to-face with the horrors of Scotland’s past.

With a smile still on my face, I walked up a steep flight of stairs and finally found the Royal Mile, named so as a result of its length and also because of the two royal structures at each end of it: Holyrood Palace and Edinburgh Castle .

It was particularly busy that afternoon due to an open-air market. Deciding to venture to the left, I mainly ignored the many street vendors as I walked to the mass of elegance which was Holyrood Palace. The official residence of Scotland’s monarchs, it was the home of former Scottish ruler Mary, Queen of Scots.

While visiting it, I found it very impressive with its gigantic halls and luxurious bedrooms. The royal bedroom was especially opulent. The palace also had a museum-like room made up of portraits of the countless nobility who had resided in the palace throughout the ages. After seeing the private apartment where David Rizzio, the Italian secretary of Queen Mary, was stabbed 56 times, the tour concluded.

On my way back to the other end of the Royal Mile, I decided to sample the local cuisine and stopped at a Middle-Eastern hole in the wall by the name of ‘Yum-Yum.’ I had the most delicious chicken kebab plate I’ve ever tasted, before or since.

When I reached Edinburgh Castle, I engaged in a four-hour tour that featured the most comprehensive military museum and memorial I’ve ever seen (and I’ve seen plenty of them). Along with the Royal Jewels in the heart of the castle, exhibitions detailed the civil strife between the Catholics and the Protestants, the many wars fought between England, accounts of former Scottish rulers, such as Robert the Bruce, and all of the architecture and weaponry from the Middle Ages.

The sun was already setting when I finished my tour of the castle, but I didn’t want to retire for the night just yet. I wandered the Royal Mile and noticed a sign in a narrow corridor, which promoted evening tours of a place called ‘Mary King’s Close’. I hadn’t heard of it, but I decided to give it a try. For the next 90 minutes, I was taken underground to a backdrop that has virtually laid untouched since the sixteenth century. Named after the daughter of advocate Alexander King, the complex was overshadowed by legends of ghosts, murders, and of plague victims walled up alive. Aside from the damp smell in all of the underground rooms, which gave the tour more than a touch of authenticity, it was ethereal.

Before I headed to my hotel for the night, I decided to have one for the road and popped into a pub called ‘Bobby’s Bar’ for a glass of red wine. As much fun as I had on my first day in Edinburgh, my second day was almost better!

While I was enjoying breakfast at my hotel, a middle-aged woman approached me and inquired if I was, in fact, an American. When I answered yes, she told me that she was a language teacher from Bordeaux, France, and was wondering if I would accompany her and her 30 or so students on a tour of northern Edinburgh, as they wanted to hear an authentic ‘American’ accent. Naturally, I accepted her request. In a decked out 80’s style tour bus, I was able to view the beautiful, mist-filled hillsides and chilling forests of Edinburgh, all the while humoring my newly-found French companions. After stopping by Loch Lamond, we went to St. Andrews to play a round of golf, a game I’m not at all proficient in. However, I also had the chance to see the final resting place of William Wallace of ‘Braveheart’ fame.

After they dropped me off at the hotel later in the afternoon, I decided to foot it to the world-renowned Edinburgh museum. The breathtaking works of art are awe-inspiring, and the best part was that the admission was free!

Too few moments in life are utterly magical and if there is one word to describe my first trip to Scotland, it would be just that—magical.

For everyone else interested in such an experience, I wholeheartedly invite you to do the same.

All I Wanted was A Good Cup of Coffee !!!

My husband and I spent many months traveling around New Zealand. While this is a beautiful country worth the time to visit we found that it lacked a... 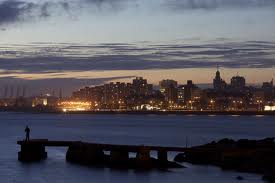