Absinthe in Las Vegas, the Hottest Show on the Strip 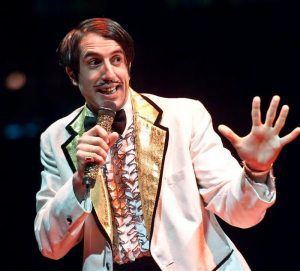 While visiting Las Vegas, make sure you make time for the hottest ticket in town Absinthe.

It’s amazing circus acts, it’s irreverent comics, it’s burlesque numbers, and it’s all under one tent. In an era of ever bigger, more extravagant Las Vegas shows, Absinthe has become the hot show on The Strip by going for stripped-down, small and intimate. The show takes place in a small tent right on the grounds at Caesars Palace.

Once inside, you’re just a few yards away from a stage that isn’t much bigger than the typical living room. Suddenly, acrobats are doing amazing stunts seemingly right above you, to jaw-dropping effect. However, your jaw will find its way back up between acts to burst into laughter as “The Gazillionaire,” the character who not only funded the show but hosts it, and his faithful assistant “Penny Pibbits” engage the audience in ribald and politically incorrect humor. Check out this radio interview with Gaz and Penny from Absinthe to get an idea of their style of humor and find out more about the show. The style of humor during the performance definitely gets members of the audience involved to hilarious effect, just one more benefit of Absinthe’s small setting. 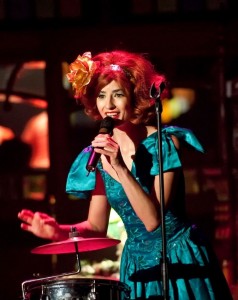 “There’s other shows that put a lot of money into the sets and everything. We wanted to kind of flip that over and do the most ridiculously simple, intimate, little thing we could do,” says the The Gazillionaire. “In this day and age, you know, you can compete with ‘Avengers’ on the 3D IMAX screen, or you go the other way and just put a bunch of crap really close to everyone and you feel a part of it.”

Absinthe calls itself an “acro-cabaret,” with the cabaret portion coming from a couple of numbers from burlesque-style performer Melody Sweets as “The Green Fairy.”

The tent is located in the Roman Plaza at Caesars Palace with shows running every night but Monday. There are 8 and 10 p.m. shows on Tuesday, Thursday, Friday and Saturday, with 8 p.m.-only shows on Wednesday and Sunday. 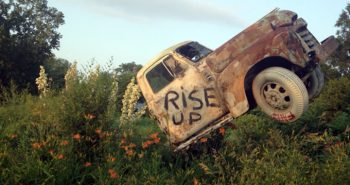 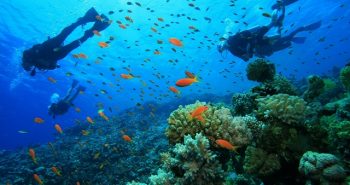 There are many reasons why it’s worth going to Central America’s Caribbean region. The beaches aren’t crowded, and you’ll be...

Caracol, or ‘El Caracol,’ is an archaeological site located in the Cayo District of Belize. Located approximately 25 miles south of...