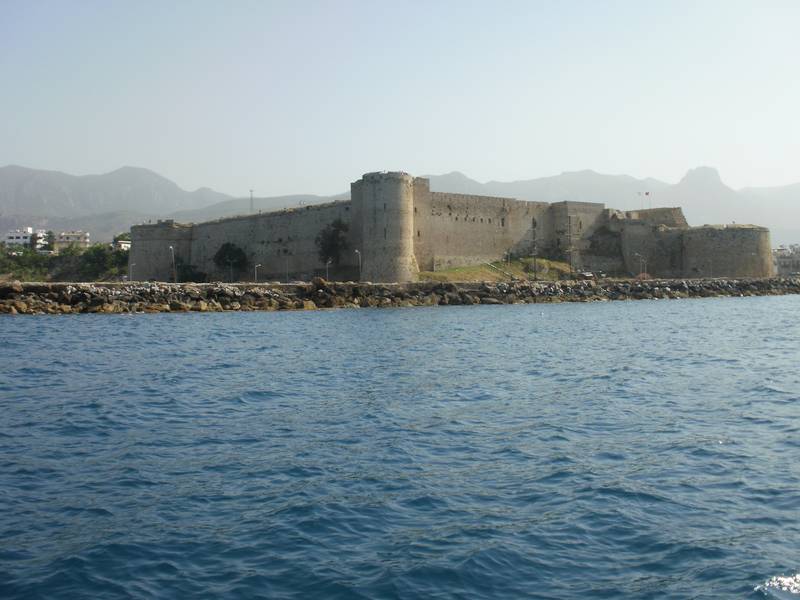 Kyrenia Castle in Northern Cyprus is a place of antiquity and mystery. Kyrenia Castle is a Byzantine structure situated in the northeast of the city of Kyrenia (in Turkish the city is called Girne). It is an amazing backdrop to the city’s harbour. It is huge and imposing, built of sandstone that has weathered the course of more than a millennium. The first historical reference to this amazing antiquity was in 1191, when King Richard the Lionheart of England captured it from King Isak Komnen of Cyprus, en route home from the third crusade. No definite date for the original construction has yet been found, although excavations throughout the castle have uncovered Hellenistic-Roman traces, which have been dated to the 7th century BC.

Throughout its long time-line, the castle, which was probably built to defend Kyrenia from Arab raids, has been besieged by the Venetians, the Ottomans, the English and later, the British. During the time of the British occupation, the castle was used as a prison and as a police academy. It was partially open to tourists between 1963 and 1974. From 1974 and after the war between the Turkish and Greek Cypriots, the Department of Antiquities and Museums has been responsible for the castle’s preservation and use.

Built by the Byzantines in the 7thC, the castle is the first fortified structure of the town. Today, tourists can experience a little of every occupied presence in this ancient ediface. For example, the Byzantine church is still standing. It was originally built outside the walls of the castle and it was during the Venetian period that the walls were modified and extended to include the church.

Other exhibits in the castle were models of a neolithic village, the reality of which was excavated about 10km east of Kyrenia. The model is a life-size interpretation of how the local population lived in the Neolithic Age in Cyprus. Also in an archaeological vein, the discovery of a Bronze Age tomb at the nearby village of Kirni is represented by a 3D model of the burial site, together with the actual grave goods discovered at the site.

In the middle of this amazing castle is a courtyard where visitors may sit and buy refreshments supplied by local people, from a very tasteful cafe that has been incorporated into the ancient ediface. Other rooms set into the quadrangle of this courtyard include a museum of antiquity displaying the remains of an ancient ship. This dates back to 300BC and holds many artefacts found on board the ship.

The ancient walls of Kyrenia Castle are full of foreboding and one can appreciate the inhumanity that had taken place throughout its long history. Off the courtyard quadrangle is a dungeon in which there is a model of a man being stretched backwards across a gruesome structure in the throes of torture. The castle’s brochure states that the dungeon is the site of many barbaric punishments through the ages, but the castle itself lends a sense of dread in some of its dark, interior aspects. The long tunnels are not lit, therefore they do not tempt the sensitive or wary to venture further than the entrance. 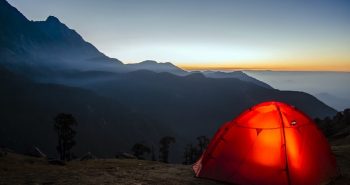 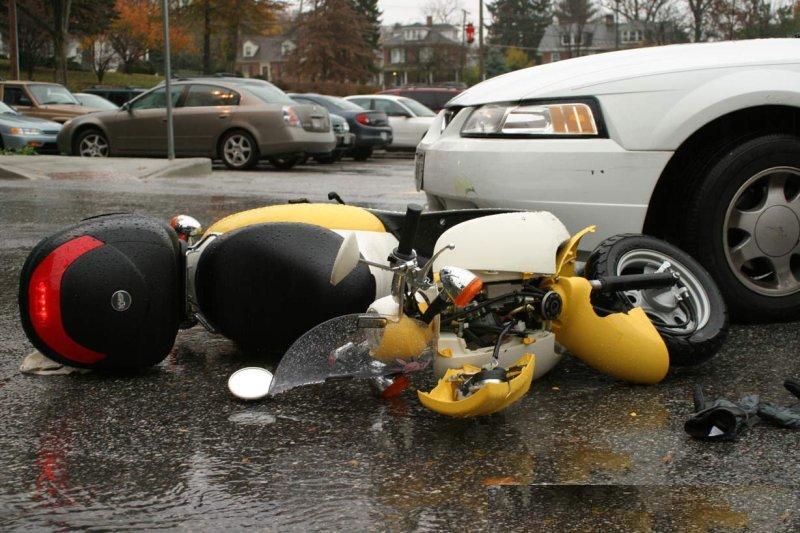 by Greg Pena, “A City on the Rise and a Destination in the Making” With the City of Vision history beckons from nearby attractions in New... 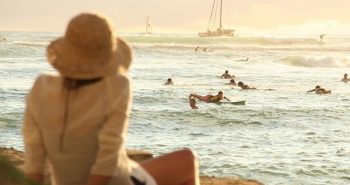