A Dream is a Wish Your Heart Makes in Orlando, Florida 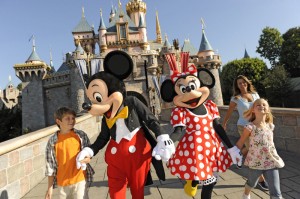 Best known for being home to Walt Disney World, Orlando, Florida has plenty to offer visitors from all over the world. This article describes five not-to-be-missed destinations.  Orlando is one of America’s prime tourist sites, home to Walt Disney World and the Universal Orlando Resort. Its variety of theme parks, educational and retail exhibits are sure to satisfy the whole family.

With its four theme parks, The Magic Kingdom, Epcot, Disney’s Hollywood Studios and Animal Kingdom Walt Disney World is the place to go in Orlando.Typhoon Lagoon and Blizzard Beach are the resort’s water parks. If you are looking for a hotel, you’re likely to find any of the 23 themed hotels will suit your needs.  From the beautiful Grand Floridian to Camp Disney there’s something special for everyone. The Walt Disney World Resort offers a wide variety of entertainment, sports and recreational activities. In addition to its core attractions, there is also Downtown Disney, ESPN Wide World of Sports and Disney’s BoardWalk. Apart from checking out iconic structures such as Cinderella’s Castle, Spaceship Earth, the Sorcerer’s Hat and the Tree of Life, make sure to set aside time to meet your favorite Disney characters.

Hours of operation for The Magic Kingdom vary seasonally Summer hours are 9 am until 10 pm. Be sure to ask at your hotel for information on “Extra Magic Hours”

The Universal Orlando Resort consists of two theme parks: Universal Studios Florida and Universal’s Islands of Adventure. Being the second largest resort in the Orlando region after the Walt Disney World Resort, Universal Studios Florida provides a range of attractions inspired by popular films and television shows. Universal’s Islands of Adventure’s crowd-puller is the newest ‘island’, the Wizarding World of Harry Potter, based on the worldwide Harry Potter franchise. Featuring seven roller coasters and six water 3rides, the Universal Orlando Resort is a popular tourist destination for older members of the family.

Hours of operation for the Universal Parks vary with the season but normally they open at 8 am and close at 9 or 10 pm.

To enjoy the flora and fauna that Orlando has to offer, a visit to wildlife preserve Gatorland is a must. Gatorland features an array of reptiles, including alligators, crocodiles, pythons and lizards. Its main attractions include a petting zoo, and reptile shows such as the popular alligator wrestling exhibit. Branded the “Alligator Capital of the World”, Gatorland is an essential destination for reptile fanatics.

Hours of operation are 9 am until 6 pm daily.

To enjoy some down time from the sometimes exhausting theme parks in Orlando, pay a visit to the Kennedy Space Center. Serving as a base location for America’s space shuttles, the Kennedy Space Center also features a range of exhibits, artifacts and displays on the history of spaceflight. Take a bus tour through areas used by NASA for the Space Shuttle launches. Be entertained as well as educated by the variety of IMAX film presentations and experience what it is like to be an astronaut aboard the simulator training rides. Visitors also have the chance to enjoy lunch with an astronaut.

Hours of operation are 9 am until 8 pm. Tours start at 10 am and depart every 15 minutes.

Admission for adults (10 and up) is $43 USD and children (3-10) $33 USD and does not include tax. Admission price includes IMAX space movies, all exhibits and shows, US Astronaut Hall of Fame and interactive flight simulators.

Hours of operation are 10 am until 9 pm daily. 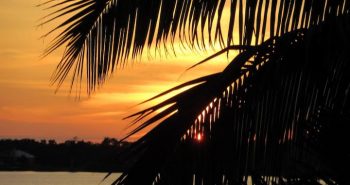 Perhaps twenty years ago my wife Maura and I first visited Key West by driving way out over U.S. 1 from the mainland, stopping once at Key Largo to... 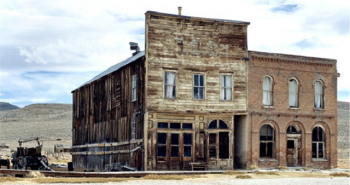