A Day in the Ghost Town of St. Elmo, Colorado

Ever since I flew on one of my flights to Gillette, Wyoming when I witnessed the dancing, eerie green flames of Saint Elmo’s Fire covering the fuselage of our twin-engine Cessna aircraft at 17,000 feet, I have been intrigued by the very name of Saint Elmo. Who was Saint Elmo? 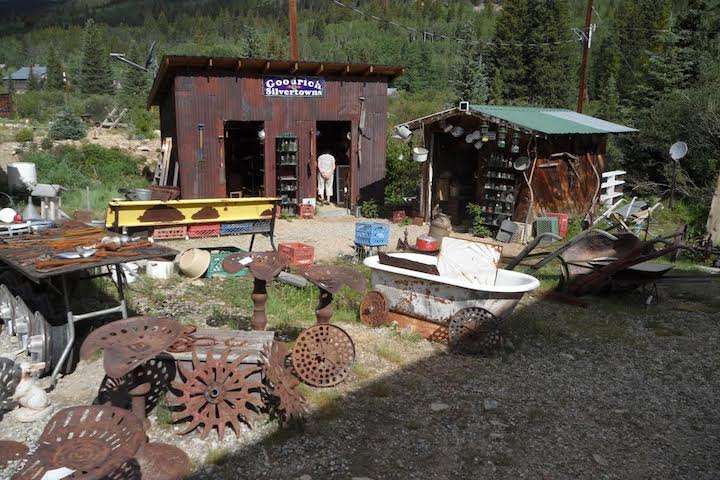 Did he have any association with an unworldly fire? And why was the name of St. Elmo picked for a nineteenth-century mining town in Colorado?

Saint Elmo, I discovered, was a 4th-century saint during the Roman Empire. As a strong Christian, he proudly and boldly professed his faith in the midst of a pagan empire. On one occasion he was asked by  Romans authorities what was his faith. His response was he believed in one God only and not in the droves of pagan gods. When the Emperor Maximian heard about Elmo’s response, he ordered him to be escorted to a pagan temple to pray. Upon approaching the temple, Elmo and his escorts were amazed to see all the statues of pagan gods crash to the ground and crumble. Just then, a strange fire emerged from the temple. Elmo was eventually martyred in Rome. 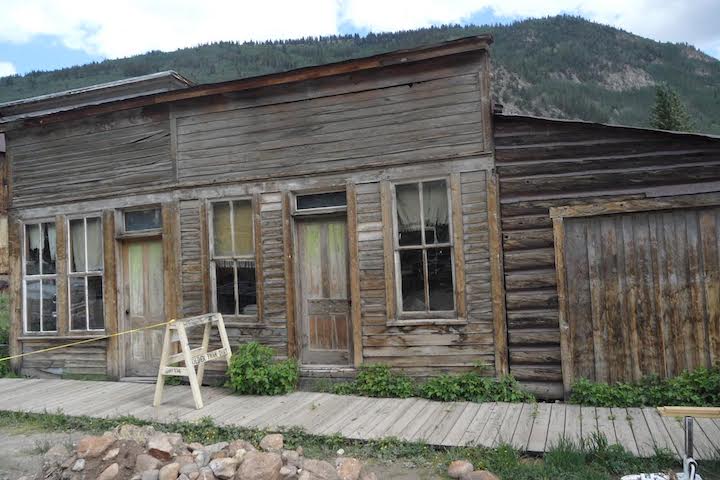 Because of this incident of strange flames emerging from a Roman temple, Saint Elmo became the patron saint of sailors. Each time weird blue-green flames (caused by a build-up of static electricity) appeared in the masts of the ship, early Mediterranean sailors believed the flames signified the presence of Saint Elmo, their protector.

Once we moved from Wyoming down to Colorado, I became aware of an old ghost town named St. Elmo nestled high in the Saguache Range near Buena Vista. During this past July, my family and I decided to travel to St. Elmo at 10,000 feet to spend the day wandering up and down its streets to take a gander at all the old, weather-beaten buildings dating back to 1878 when the town was originally called Forest City.  Before setting foot in St. Elmo, I did a bit of reading about this mining town that is still inhabited by descendants in some of the original homes. In fact an old, restored hotel at the edge of town is still open for business. 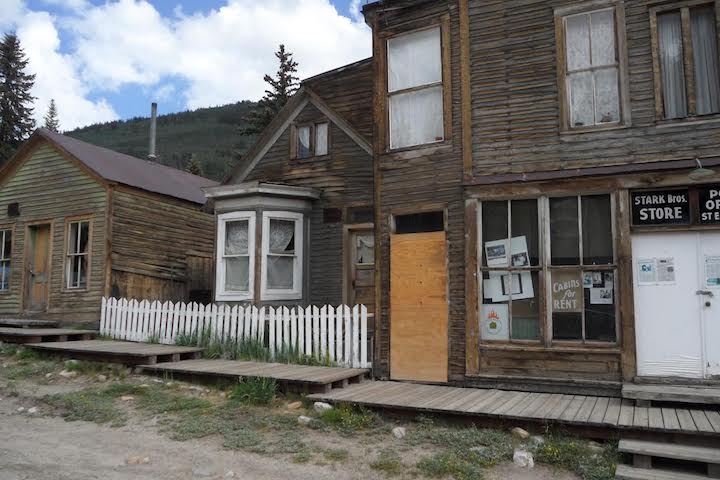 By 1890, the town was at its high point with over 2,000 inhabitants, a name change from Forest City to St. Elmo as there were far too many mining towns called Forest City. Most of the adult males in St. Elmo worked at the Molly Mines high above the town. But eventually, the mines ran out of gold and silver by 1922 when the town suffered a decline in population. Why St. Elmo? Griffith Evans, a founding father, had read the very popular novel St. Elmo by one Augusta Evans published in 1866. He enjoyed the novel so much he chose its title for the new name of the mining town. The novel had nothing to do with the 4thcentury-saint, although the town did suffer a significant fire in 2002 which burnt down the original town hall along with five other buildings.

My extended family and I drove in two cars from Buena Vista to St. Elmo past Mount Princeton Hot Springs and on to a gravel road the steadily gained altitude through a dense spruce-fir forest with Mount Antero rising high above. We spotted small mines up on hillsides with tell-tale heaps of brownish-gold slag trailing down-slope. Within a half hour’s drive from the hot springs, we finally pulled over to a parking area at 9,961 feet elevation just below the main street lined with abandoned gray, wooden homes with lace curtains hanging inside of the windows. 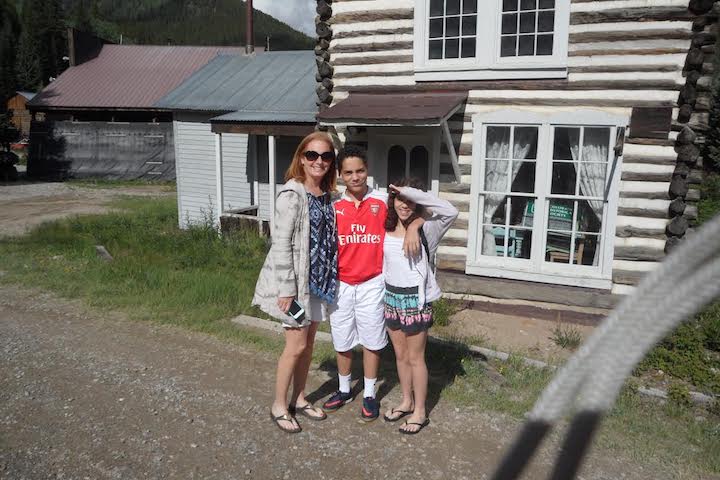 We all took a peek into this first home to be amazed by the nineteenth-century gaudy green-striped wallpaper. Coal-oil lamps stood atop tables in the living room along with Victorian-era chairs and a cushioned couch. It seemed as though there might be ghosts back in the kitchen preparing some sort of lunch. Meanwhile, our grandson came running down the street saying that we all had to stop at a chipmunk feeding area where children lay sprawled across wooden planks with chipmunks scurrying up and down their legs and chests looking for crumbs of food.

After watching the giggling kids (our grandchildren included) for a while, we proceeded across the way to a display of nineteenth-century tools such as wooden-handled scythes and pitchforks. My wife Maura and her twin sister, both born and raised in Ireland, told us that their father used very similar tools for cutting and tossing hay back on their farm in the 1950’s. “Oh, look,” said Maura pointing to an old milk can just like the ones they filled with fresh cow milk. We proceeded uphill toward more homes, a town hall being restored, and a saloon. We all began to sense the lingering presence of people who lived here over a hundred years ago.

We walked down a side road across Chalk Creek and sat down along its peaceful banks to have our packed lunches and to listen to white-crowned sparrows singing in the nearby spruce trees (“Ah-tee tee tee”). Soon we got up again to walk into another section of town with a schoolhouse and couldn’t resist ambling up to the windows for a peek inside. Both my wife and her sister exclaimed, “Look at those writing desks!! Just like the ones we sat at in Orem School back in Ireland!” We could readily imagine the miners’ children looking up at the teacher’s writing on the blackboard new and exciting information about train tracks being built to carry gold and silver ore back to Buena Vista from St. Elmo. It was amazing to think that this town of 2,000 people bustled with activity with grocery stores, a fire station, a church, a school, and constantly humming gold and silver mines above.

And yet, some descendants of these miners still live in a few of these homes and the old hotel remains open to this day for visitors to stay overnight and really get a sense of times gone by. We enjoyed the bracing, spruce-scented air of nearly two miles above sea level as we wandered around town to stop at the old Emporium to buy some refreshing drinks. Was that the sound of thunder? We went outside and looked up the street to the western horizon to see thunderheads building up. We felt a few sprinkles of rain. As we hopped back into our cars, streaks of lightning illuminated the skies over St. Elmo, saint or no saint.