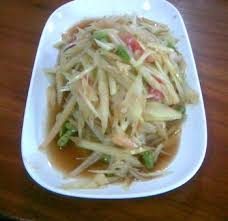 Thailand’s North Eastern region, known locally as Issan or E-ssan, may be considered as the country’s most economically impoverished area, but in terms of its culinary output, you would be hard-pressed to find a more prosperous part of South East Asia.

Dotted with a methodic sparsity amongst the tapestry of rice paddies, dragon fruit , sweetcorn and custard apple plantations, any visitor to the region, which is incidentally bordered by both Laos and Cambodia, will undoubtedly stumble upon what the locals refer to as a lan aharn, literally ‘shop food’

Now these food shops or ‘restaurants’ as the English translation would have it, are home to a huge selection of not only delicious but also extremely healthy cuisine. The definitive Issan dish is hailed Som Tum or Papaya Salad to those of you who weren’t paying attention in their Thai lessons at school. This dish comprises of the five flavors which Thai people consider to be an integral part of the dining experience; sour, sweet, bitter, salty and spicy, All of these flavors are as important as the next, but should you make the mistake of omitting the spicy element (chili, lots and lots of chili) to a Thai’s lunch, then expect hearty laughing to ensue, followed by words to the effect of..”..and how, dear fellow, do you expect me to eat this filth?”. Indeed, serving one of the natives a meal without chili wouldn’t be unlike dishing up a Westerner a plain un-buttered white slice for lunch – in other words, as bland as a blackboard.
So we have now deduced that the quintessential North Eastern plate de jour is a salad which contains five key elements; lets break them down within the dish itself:

These are our condiments, so to speak. They are present to flavor the otherwise indistinctive taste of unripe papaya, to enhance the already spritely zest of the indigenous Pink Pear tomato and to breath some fire into the crunchy in texture, earthy in taste, long green beans, so called because they are, well, long and green and erm..beans.

After our ingredients have been added to a mortar and lovingly but firmly been beaten with a pestle for 2 minutes, the mixture is then ready for the serving.

Incredibly tasty and ridiculously nutritious, as we say round these parts, “A Som Tum a day keeps the doctor away” , as long as you don’t add too much garlic or you’ll find your family and friends disappearing too.

No, of course not. A papaya salad may be rich in vitamins but when faced with a hard afternoon in the rice fields, under Issan’s unrelenting sun, protein and carbohydrates are an absolute must in terms of maintaining strength, morale and motivation.

Let’s take a look at our options:

Well, now this looks tempting; the lady in the kitchen (the chef, if you will) is furiously concentrating her attentions and her meat cleaver in the direction of a succulent cut of pork. She is currently in the process of preparing another favorite with the North Easterners known as Larb Moo, literally Minced Pork. As mundane as this may sound, when the appropriate herbs and seasoning are added, the end result is that of a nigh-on flawless plate of food. The pork is slowly browned off in a saucepan and in turn supplemented with chili powder (surprise!), rice powder, spring onion, garlic, mint and basil to create an unlikely gourmet treat.

This is customarily accompanied with a small basket of Khao Niaw or Sticky Rice which is essentially used as one would a slice of bread, to mop up the flavorsome residue.

Now, while we allow our lunch to digest in preparation for another hard afternoon’s toil in the paddies, let’s take a moment to peruse the invoice kindly presented to us by the sweet little old lady with the large medieval and, quite frankly, terrifying meat cleaver. 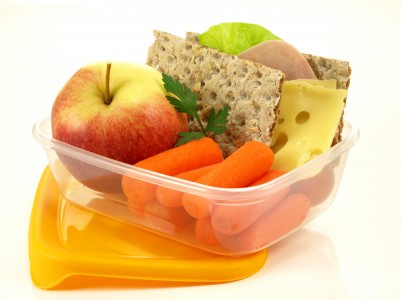 4 Tips for Sticking to a Healthy Diet While...

Whether for work or pleasure, your days while traveling will be jam-packed with sights to see, things to do and food to eat. For the person on a...

Each of the three main touring routes leading out of the City of Oaxaca, towards the west and north, is blessed with a good, safe reliable... 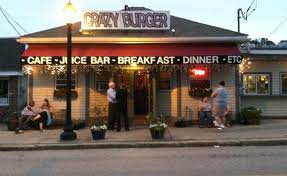 By  Mike Virgintino Sampling the food at the same diners, drive-ins and dives featured on the Food Network. One of the most popular programs on...