Are you up for a camping trip and in need of travel inspiration? With more than 7.6 million square kilometres to discover, Australia is truly the outdoor enthusiast’s heaven.  You are spoilt for choice when it comes to unique, memorable travel experiences.

To help narrow down your destination options, we have listed our top 10 picks of unusual places to go camping in Australia. Ready? Here we go!

The Northernmost Point – “The Tip” in Cape York, QLD is located 1,000 north of Cairns. Apart from being the northernmost point of Australia’s mainland, the region is also popular as the ultimate 4WD adventure spot, and for a good reason.

To get to “The Tip”, you need to drive through rough terrain (hence the 4WD), cross through crocodile – inhabited rivers and trek through rocks. The trip is well worth the effort – you can trust us on that.

The Southernmost Point– What makes the “The Prom” or South Wilsons Promontory, VIC an unusual camping destination is the amount of effort it takes to get there. Only the most dedicated of campers and selfie-takers brave the almost two-day hike to take snapshots of the coveted sign that says: “The Most Southernly Point of the Australia Mainland”.

The Easternmost Point– The Cape Byron Lighthouse in Cape Byron, NSW marks the “most easterly point in Australian mainland”. The lighthouse, still being used today, is one of the most famous landmarks in the country. You may also want to check out the former lighthouse keeper’s home in the Maritime Museum during your visit.

The Westernmost Point– What makes Steep Point in Edel Land, WA unusual as a camping destination is the fact that not a lot of people can “just go there.” Steep Point can only be reached by either boat or 4WD. If you are down for some 4WD self-driving, you are most likely to have the area to yourself.

Be informed though, that camping in the area requires a permit, so you need to plan weeks before you leave.

The Highest Point– If you want to take that selfie at the very top of Australia, hiking to the peak of Mount Kosciuszko is the way to do it. If you are visiting for the first time, don’t be shy to ask for help and directions from the locals or fellow hikers. At the end of the day, you can set up camp in one of the many campsites in Mount Kosciuszko National Park.

The Lowest Point – Lake Eyre is where you can find Australia’s lowest natural point. It is also the largest saltwater lake in the country. What makes this an unusual camping spot is the lake is almost never full, even during rainy season. Certainly, a unique place to set up camp, yes?

The Pinkest Lake– Pink Lake is officially Spencer Lake and is one of the three pink – hued lakes in Western Australia. The pink colour is caused by algae that produce a rosy chemical that protects it from the sun’s rays. There are many campsites in nearby Esperance that you can spend the night in after making the trip to the lake.

The Most Haunted– If you are a history buff, Port Arthur is home to the country’s strictest prison. The prison settlement in Port Arthur was also known to be inescapable because it is surrounded by (allegedly) shark-infested waters.  Today though, Port Arthur Historic Site is more than just the country’s best-preserved prison, it is the most haunted. So, if you’re looking for that unique twist for your camping trip, this is the place to go. Most Haunted – Image by Eli Duke via flickr.com

The Most Out of this World– The Pinnacles at Nambung National Park in WA is about the closest you can get to a trip to Mars. The vast landscape, the jagged rock formations, the bright yellow sand is enough to make your feel you are in another planet.

Author Bio: When she is not road tripping around Australia and writing about, Nicole Anderson enjoys spending afternoons relaxing in her own inflatable spa, with a glass of wine in one hand, and the TV remote in another. She is a travel writer by day and part mermaid (who loves therapeutic portable hot tubs) by night. 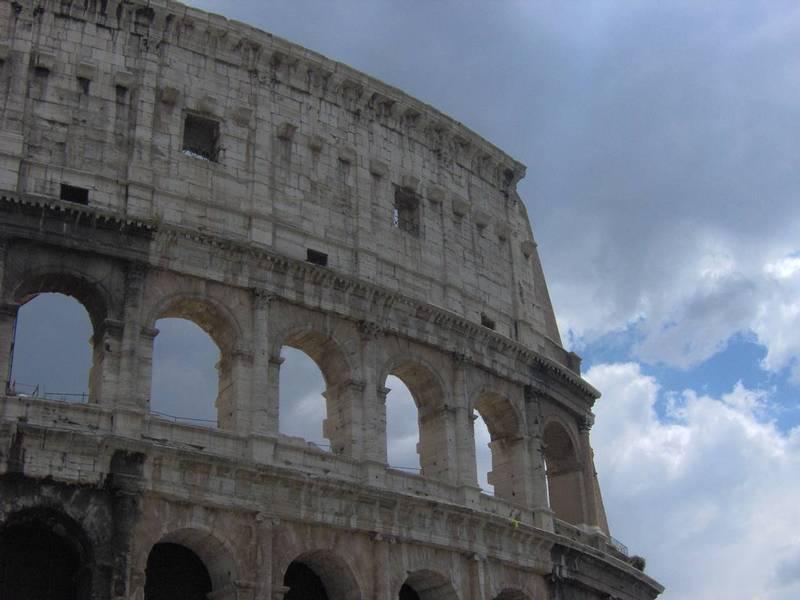 Visiting Rome in One Weekend

What to See With Limited Time in the Historic City Though Rome merits an extended visit, it’s possible-with a basic plan, some energy, and a...